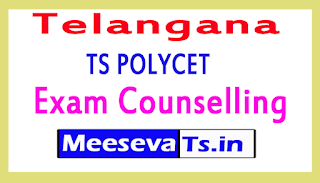 Polytechnic's Common Entrance Test (POLYCET) has successfully been carried out by the State Board of Technical Education and Training, Telangana, Hyderabad for the candidates, taking up all the diploma courses in Engineering / Non-Engineering / Technology offered at Polytechnics / Institutions (including Aided And Unaided Private Polytechnics / Institutions running as 2nd shift in Private Engineering Colleges) in Telangana state for the academic year 2017 - 18. The exam was conducted on April 22, 2017 and the results of the same were declared. The candidates downloaded the Ranking card online.


Documents to be submitted at the time of the certificate review